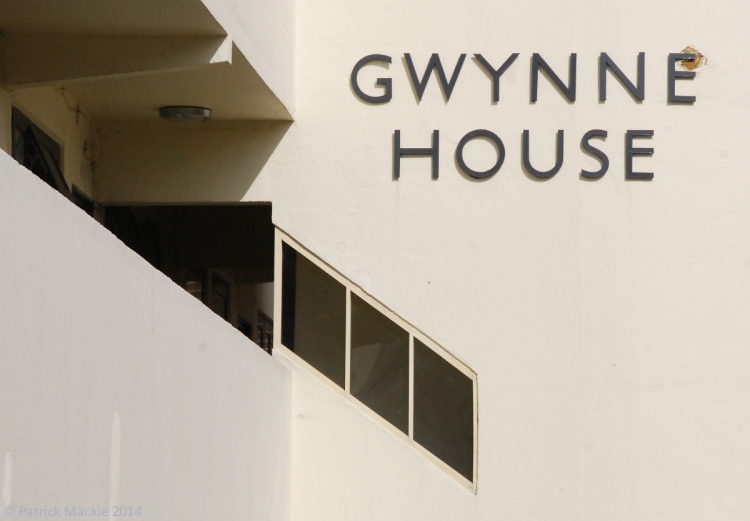 Designed by the architect Hume Victor Kerr in 1934, this modern movement 5-storey apartment block in Turner Street was originally used by the London Hospital as staff accommodation.The building makes a feature of its curved staircase tower, which in Scotland would be called a close. The image is of the junction between the staircase tower and the balconies giving access to the individual apartments.

The building was sold to private developers in 2012.

One thought on “Gwynne House, Whitechapel”