With the referendum only three days away, this is everybody’s desire. 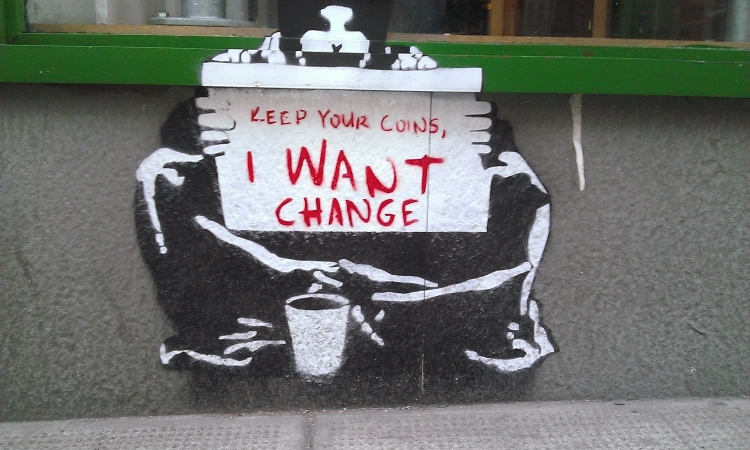 On the day of the third supermoon of the year, here’s a wee puzzle. In the words of Australia’s most infamous ex-pat, “Can you tell what it is yet?”

I’ve not been sleeping well recently. In fact, as we enter the last ten days before we know the democratic will of the people of Scotland about the offer of independence, I’m becoming more anxious. But it was a blip by a wise friend yesterday that started to crystallise some of my thoughts about my own, reluctant “No Thanks” position and enabled me to sort out some of the threads of my concerns about this momentous project.

The Yes campaign has apparently made a huge surge in support in recent weeks. And, if the polls are reliable, the outcome next week will be close. It was always going to be close. And I don’t feel I can call it any more.

Many of my friends in this one, small village in Argyll, in fact most of them, say they are going to vote in favour of independence. That alone is not remarkable. What is remarkable is that most of those are people who have settled here having been born, raised and lived  south of the border. So what are people responding to? What is it about this offer from the Yes campaign, which I find glossy, false and scornful, that attracts smart, politically-savvy, mature English folk? It’s probably exactly the same thing that is bringing to the electoral register an unprecedented number of Scots who have never voted in their lives. The same thing that is making every town centre a-buzz with political engagement and campaigns. The same thing that is turning every café conversation into well-reasoned and articulate statements of one’s own position.

The appeal of the Yes campaign is three-fold. Firstly, it’s the feeling amongst Scots that the Scottish nation can’t be a nation within a union; that nationhood requires self-determination. Secondly, it’s the desire to build a better, more socialist Scotland, which ambition is held back by being shackled to the hated Tories in Westminster. Thirdly, it’s because, in the absence of good, hard, solid facts or discussion of the genuine hazards of this enterprise, everyone can project their own hopes and desires onto an uncertain future. And it’s this last attractor that I’ll discuss in a little more detail here.

There are two factors completely outside the control of Scotland which are likely to bring the independence enterprise crashing into hard reality. Membership of the EU and the confidence of the financial markets in the project. We’ve seen recently some indication of the latter, with value coming off both Sterling and companies based in Scotland, and that just on a single poll result. We know that many major institutions will move their headquarters south if independence becomes a reality, not least of which is the Royal Bank of Scotland. The flight of capital is a genuine hazard, and one which will make the Darien debacle look like a discarded scratch card in comparison.

But the single most important factor in the success or failure of an iScotland is membership of the EU. Adam Tomkins, the John Millar Professor of Public Law at the University of Glasgow, has addressed the prospect of iScottish membership of the EU on independence several times on his blog, and most cogently in his most recent post. The hard reality is that, come independence, Scotland will not be a member of the EU. That means that the border between Scotland and the EU will lie between Gretna and Berwick, and not be under the control of the rUK and Scotland between them.

I’ve written before about the consequences of being outside the EU for one sector of Scottish industry, food manufacturing. Simply put, Scotland would be a “third country” and food products of animal origin would require border inspection to enter the EU. That means border controls, delays and additional transport costs for some of our most famous food brands even to enter England. Any additional costs to struggling small businesses in the current economic climate will put many to the wall. Yes, third countries can secure approval for their producers, but that will take more time than is available and incur costs on businesses and regulators that none can afford. So I fear for our food producers and our vital trade.

Scotland as a new accession state to the EU will not enjoy the opt-outs secured for the UK by, of all people as far as Scots are concerned, Margaret Thatcher. That means having the Euro as a currency, no rebate on contributions to EU budgets, and joining the EU’s common travel area – the Schengen agreement. rUK, whether in the future it’s in or out of the EU, will not open its borders to the Schengen countries. That means, inevitably, a physical border for people as well. The fantasy of a British and Irish common travel area promised by Alec Salmond is just that, a fantasy. Paradoxically, the best start for an iScotland might be economic partnership with an rUK that had left the EU before our own independence; that could give us the breathing space we’d need to secure entry to the EU.

Finally, much is being made of iScotland’s apparent wealth. I’ve still to hear anyone say on what that is founded, apart from sucking out the last trillion barrels of oil from under our seas – if they remain our seas and we don’t swap them for debt. Has no-one spotted the problem here? Climate change is a hard reality and we need to take drastic steps now to reduce our dependence on hydrocarbons, not embed them into the shoogly foundations of independence. That oil should, in all reason and all morality, be left where it is, not pumped and burned to increase the rate of sea-level rise for a country with large swathes of its population on the coast and on islands and among the most vulnerable to the consequences.

Last November, I wrote about Why I Shall Reluctantly be Voting No. Ten months later, I have many more reasons. But actually, had some of the hard questions been honestly addressed by the SNP/Yes campaigners, then a credible constitutional prospectus could have been put and I could have been persuaded. But people aren’t voting on a particular constitutional settlement, because there really isn’t one on offer. They are voting for the dream of something better than [insert the thing you hate here]. But I’ve already voted. And I’ve voted No. On Friday next week I’ll find out whether or not I’m on the side of history. 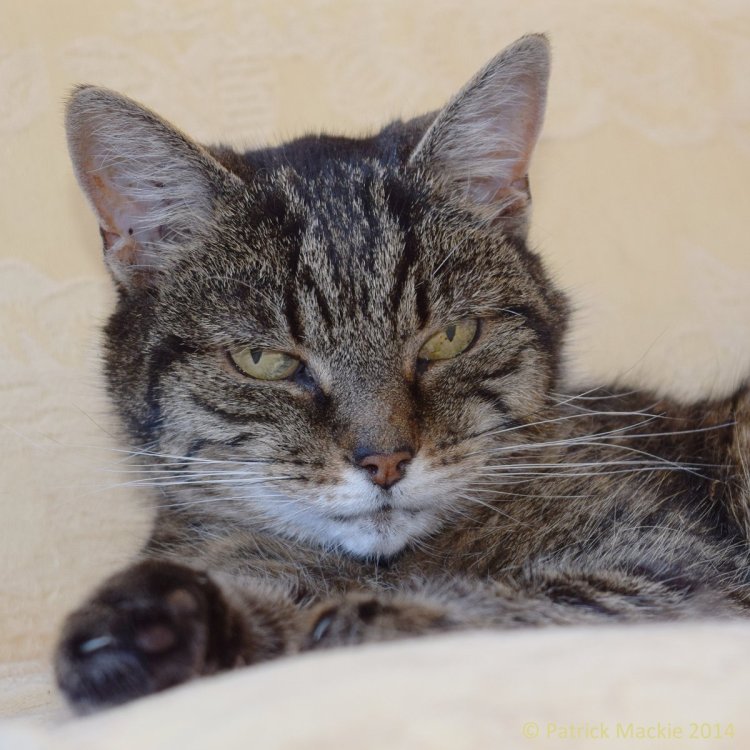 Taken a couple of months ago, this is our old mog enjoying a rare moment of peace and quiet on the sofa in the kitchen.

The little-used phone box in our village.

Growing on a mossy bank by a burn in Inverliever Forest. Again, identification is welcome.

Lurking in the moss in Inverliever Forest. Identification most welcome.

Found in Inverliever Forest at the weekend. Identification is welcome.

Update: After lots of comments on Facebook asking why I didn’t photograph the underside of the cap, and the floor being very wet and mossy not being an excuse and so on, friends have suggested that this is Slippery Jack (Suillus luteus). S. luteus is a bolete found in the litter underneath pines, and this is where this specimen was found. So, thanks to the Ford Fungologistas for putting me right.