It’s been another warm, dry day here in Argyll, with beautiful blue skies and good clarity. This is a new viewpoint for me, looking up Loch Awe from close to the entrance to Ford Bay. The sail of the small dinghy picks up from the rythmn of the three headlands. 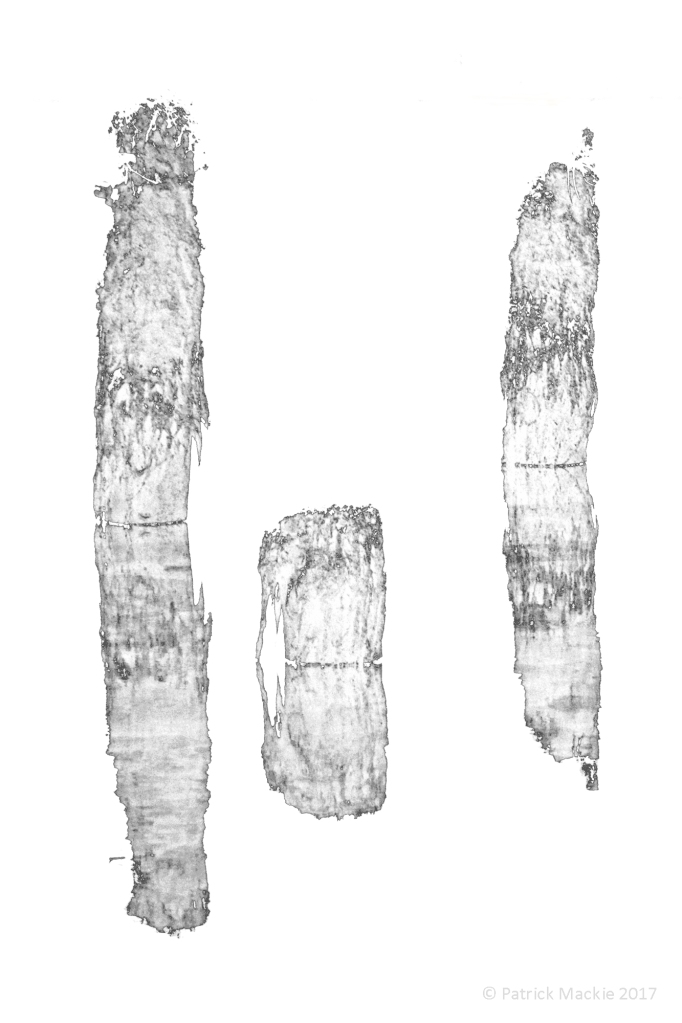 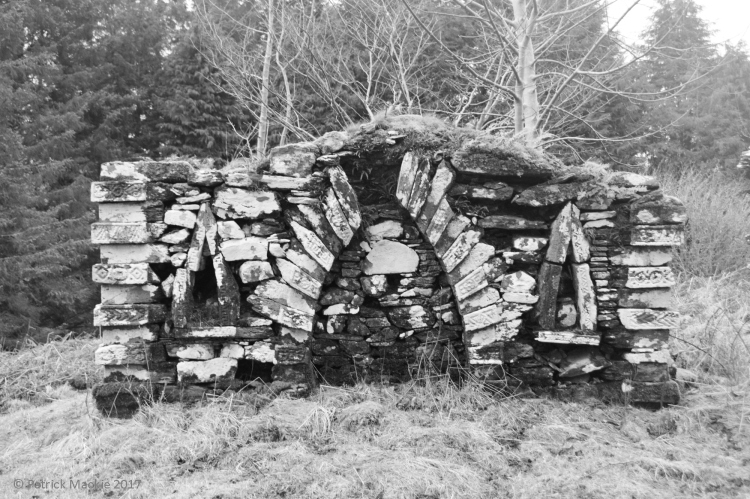 This small building to the west of St Columba’s Chapel at Kilneuair is described by the authorities as an oratory. Canmore has the following description:

What I find interesting about the structure is that it appears to have been built around a well, or at least a deep hole which could have been a well. Like the chapel, it is in danger from the sycamores growing inside it.

Here are the “windows” in close-up for comparison: 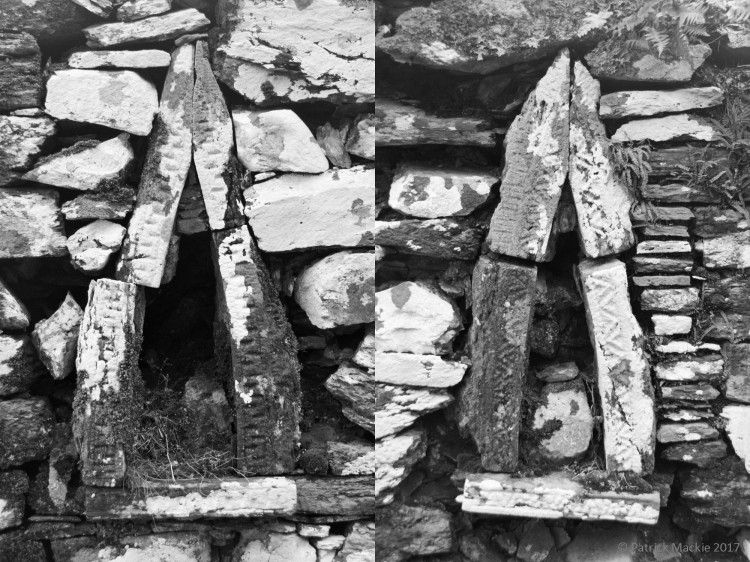 This view is of the south-east corner of the chapel building. With the large number of sycamore trees growing out of the walls, it’s difficult to see the building at other times of the year when the trees are in leaf.

The following description is from Canmore:

The remains of a medieval parish church, dedicated to St Columba, with an oratory close by stand in the churchyard which was still in use as a burial ground at the end of the 19th century.

Of fine workmanship, the church is longer than is usual in the area, with two doors on the south side. There is a damaged table-tomb north of the altar site and a piscina with a trefoil arch. A font, now erected at the west end, was found in three parts nearby. Inside, to the east of the nave door, is a sandstone block bearing a now almost invisible five-toed print with nails on three of the toes and which is referred to as ‘the Devil’s hand’.

The church is said to have succeeded Killevin (NR 986 972) as the principal church of the Lordship of Glassary until, in the mid-16th century, the centre of the parish was moved to Kilmichael Glassary (NR 859 935). There is a tradition that the stones for the church were brought from Killevin and that no dressing was required, which suggests that the stones of Killevin church were re-used.

The name ‘Kilneuair’ which is applied to the site (Kilnewir, 1394; Killenevir, 1490; Killenure, 1671) suggests an earlier church, and an older, roughly circular enclosure can be traced inside the churchyard wall, especially on the west and north.

Campbell and Sandeman (1964) translates ‘Kilneuair’ as ‘Coille-nan-Iubhair’, ie ‘Yew Wood’ and suggests that this may be the Columbian site ‘Cella Diuni’ mentioned by Adomnan, which was certainly in the Loch Awe area and has not hitherto been identified.

There are many carved stones in the churchyard, but no very early ones are obvious, although, near the gate, a millstone sunk in the grass may have served as a cross base.

Out for a walk today to the ruined chapel of St Columba at Kilneuair close to the shores of Loch Awe. I decided to shoot only in black and white on this trip.

Here’s a hollow tree in the burial ground which surrounds the old chapel. 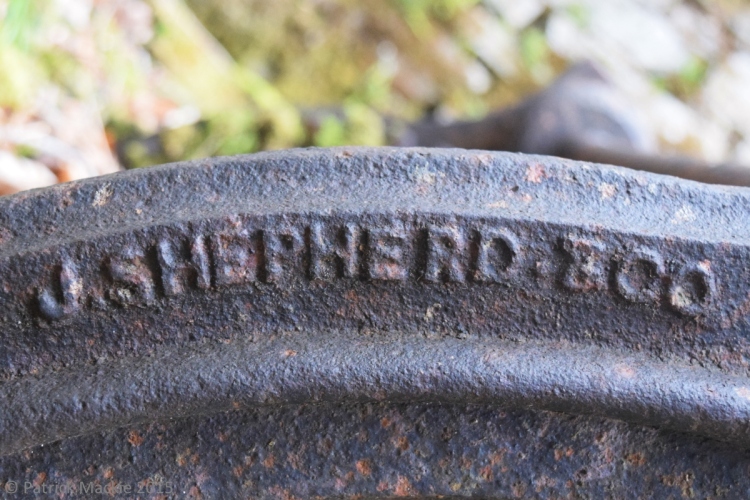 At the southern end of Loch Awe, a moderate stroll from home, is an old boathouse behind a shingle beach. Ahead of it lies over 20 miles of Britain’s longest freshwater lake (a term used solely with deference to its technical universality) and this would have been a fine location for a boathouse in the days-long-gone of steam launches and Victorian picnics amidst the midges on the water. The roof is long gone, and only the walls and winch remain, rusting in remembrance of past pleasures.

Looking down from the summit of Dun Dubh, near Loch Awe in Argyll, towards the Auchinellan estate, mostly hidden under the fog which had covered the area for the last three days. Taken on 28th December 2014.